So the big day finally arrived. Time to head west. I've been getting ready for a few weeks, but today was the official first day of my journey. Here is a narrative of the day, in pictures. 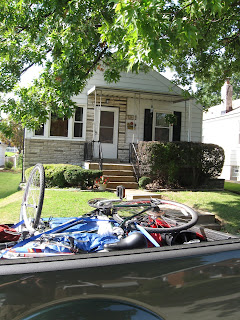 Leaving my house. The truck was pretty full...almost Beverly Hillbillies-style. I made the decision a few weeks ago to not rent a U-Haul truck or trailer. This forced me to make many difficult decisions about what to take and what to leave behind. Unfortunately, when it was all said and done, I had to leave behind my bike (which I use twice a year), my golf clubs (once a year) and crock-pot (never used). :'( 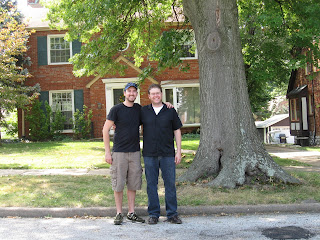 Here's a picture of Thomas and me just before we left. We were about 5 minutes away when we had to return for some forgotten items. Thomas was really good natured about the fact that I had planned on a 10am departure and we didn't actually get on the road until 1:50pm. Believe it or not, that's a 1 hour 10 minute improvement over last year. 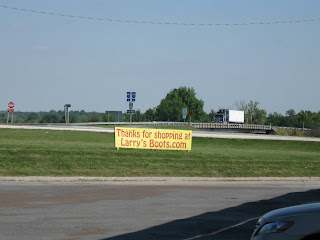 We stopped for gas outside of Columbia at a Conoco station that also doubled at Larry's Boots. 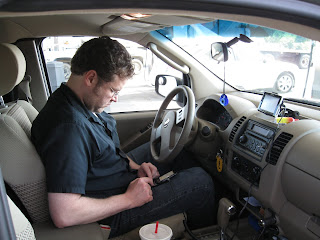 While I was filling up, Thomas managed to get into a somewhat heated debate about religion on Facebook using his new "Space Phone." The Space Phone proved very useful. We were able to listen to mlb.com streaming the baseball game as we drove through Middle-of-Nowhere, KS. 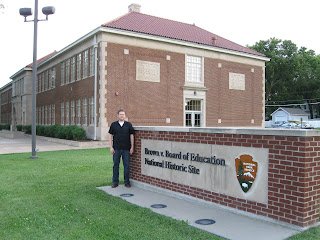 We made a quick stop by the Brown v. Board of Education National Historic Site in Topeka on the way to Taco Bell. 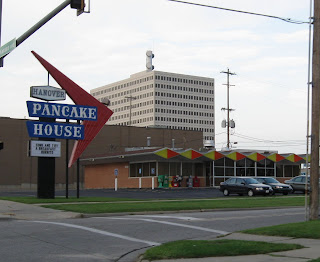 I spotted this cool looking Pancake House in Topeka. 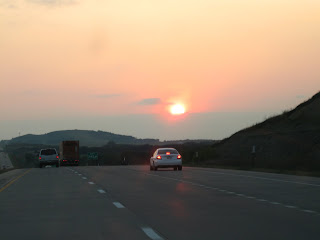 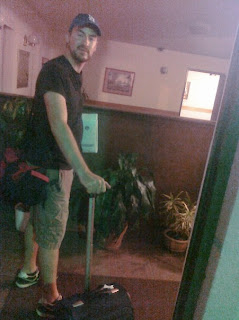 Look what immediately greeted me upon my arrival in lovely Burlington, CO (see last post).
That's pretty much it for today. Tomorrow we'll be in Denver and up in the Rocky Mountains. I will post another update tomorrow night if there is internet at our next hotel.
Posted by Chapmaster at 11:59 PM

I think you should make a pit stop in SF on your way. I know a great place you can stay on the cheap!