One of the best things about being back in the US is that can I watch over 200 TV channels, as opposed to the 6 I had to pick from in Ireland. There has been an "Unsolved Mysteries" marathon on SpikeTV all this week. Since this was the last week of my all-too-short Christmas break, I really didn't have anywhere to go during the day. The "Unsolved Mysteries" marathon has been a MAJOR obstacle preventing me from getting my last two Ireland assignments done. "Unsolved Mysteries" is one of the greatest TV shows ever made: alien abductions, murders, missing people, Robert Stack's deep voice, paranormal events, updates...and, most of all, the creepy music. The show was made in the 1980's and early '90's, so it's full of super cheesy reenactments and people with terrible haircuts and shoulder pads.

Anyway, I've always thought the creepiest part about the show was the "composite sketches" they'd show of unknown criminals. These are made by police artists who interview the victim and attempt to create a drawing of what the criminal looks like. The drawings always look like mutant people and are scary to look at. 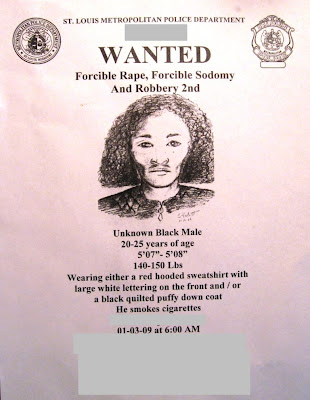 It was by complete coincidence that after watching dozens of Unsolved Mysteries episodes this week, I received this flyer in my door yesterday afternoon. Apparently someone was attacked last week about 5 or 6 blocks away from my house, on the street where I used to live. It's scary to think of that kind of thing going on in your neighborhood, but I guess its to be expected every-now-and-then when you live in a city. But of course, the creepiest part of the flyer is the goofy composite sketch. The dude looks like an alien with a fro. I think the sketch does a pretty good job of conveying what he looks like, so I saved the image in my head and resolved to be on the lookout for him when I go around the neighborhood. As I reflected the about the sketch, I thought it looked strangely familiar. There was some other wanted poster I remember looking at which seemed very similar (click here for a refresher). Then it all clicked... 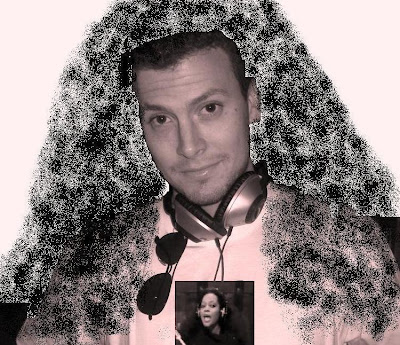 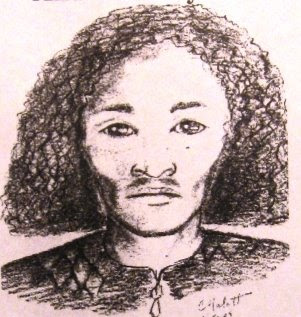 Posted by Chapmaster at 1:45 AM

An arrest was made so no unsolved mystery on this case!