Around Cork. They speak English, but... 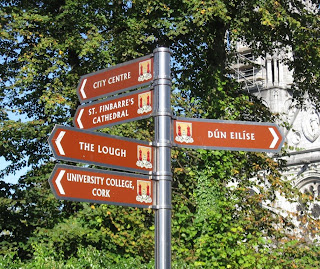 One of my majors in college was Russian, and I took quite a few classes on linguistics. Here are some not-so-technical observations I've made regarding the difference between how people talk here and back at home. I'll put alot of pictures from Cork in this post to spice it up a bit. 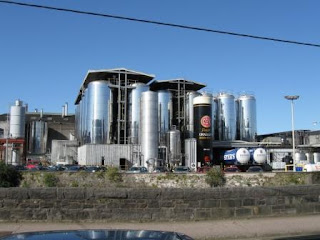 The Beamish factory in downtown Cork sits right next to the River Lee. Beamish is very similar to Guiness, but cheaper.

Like in the UK, the letter "u" likes to seek into words quite frequently.
Labor = labour

And the letter "l" is very sneaky, doubling up in some words, and vanishing in others.
Travelled = traveled
Enrol = enroll 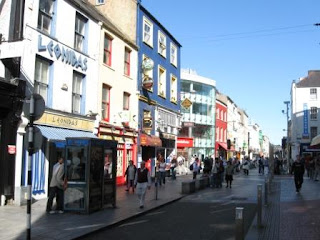 Oliver Plunkett St. in downtown Cork. This is one of the main streets in the central shopping district.

Different words:
Gents = men’s (as in: men’s room = gents room)
Lads = guys (as in “I went to the pub with the lads last night”.) (the "lads" are not necessarily kids, but always male)
Loads = lots (“my party was loads of fun”)
Brilliant = great ("you look brilliant tonight")
Grand = good ("these chips are grand")
Veg = vegetables (“this meal includes 2 veg”)
Anticlockwise = counter-clockwise
Petrol bomb = Molotov cocktail
“Joe Soap” = “Joe Blow” (but referring to yourself…)
The word “fortnight” is quite common in daily conversation, meaning about 2 weeks.
chips = fries
crisps = chips 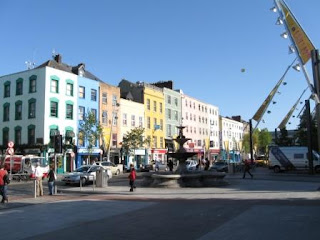 
Speaking:
There are a few differences in the way people speak and pronounce words that make some people difficult to understand.

First of all, some people with a Cork accent speak very fast, which always makes things difficult.
The letter "r" is often pronounced like "or" and the letter "l" is said very lyrically.

But the most noticeable difference is how the "th" sound is not really used. The "h" usually drops out. Example...

"I think that Thad thought the thoroughbreds threw up on the third Thursday at three thirty of the fifth month." would be pronounced as,
"I tink tat Tad tought tuh turobreds trew up on tuh turd Tursday at tree turty of tuh fift munt." 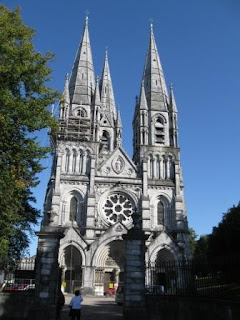 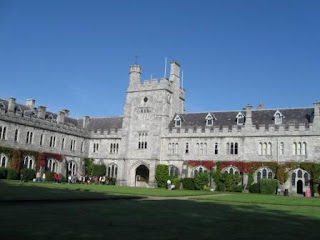 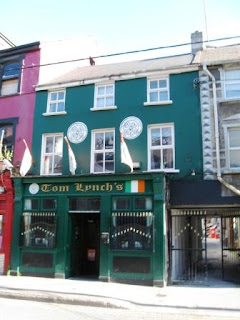 Tom Lynch's pub is just one of at least two dozen pubs within a 10 minute walk of my apartment. 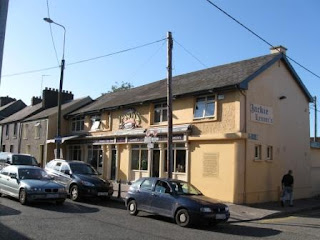 Jackie Lennox's serves the best fish and chips in town. They also will do your laundry and dry cleaning.
Posted by Chapmaster at 1:11 PM

You forgot
Runners = athletic shoes (as in "Remember to bring your runners to rugby practice.")