The days are getting short...

As the winter solstice approaches (see the post about my run-in with the mystical druid-finger ghost that appears on the winter solstice) the days are getting shorter and there is not much sunlight to be found here in Cork. I guess because we're so far north the days seem incredibly short. I get up at 8am, it's still dark outside. When I go to my class at 5pm, it's pitch black out already. I remember the opposite happened when I went on my first study abroad program in St. Petersburg, Russia 9+ years ago. It was summertime during their "White Nights" in the time around the summer solstice. It was really cool because the sun never set. Now, 9 years later, it never rises. I went outside around 11:30am at it felt like the sun was setting already. It's sort of a moot point anyway, because 85% of the time its cloudy anyway. 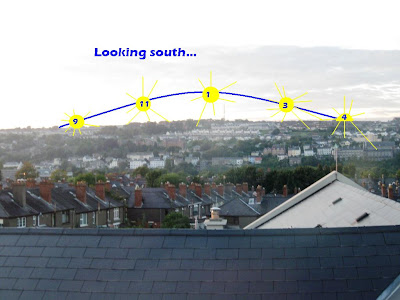 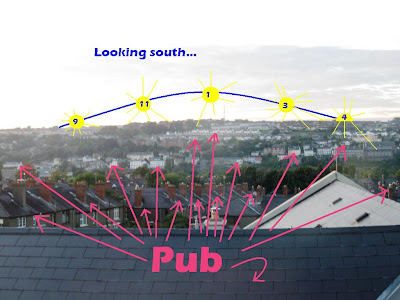