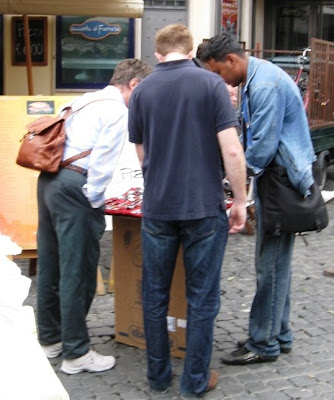 We began our second day in Rome by going to a local market. It was bustling, full of beautiful fruits, vegetables, spices, wines, textiles and other wares. Of course, we passed up all that stuff and went directly to the guy selling fake watches on top of a cardboard box. Illegal vendors like these keep their goods on small blankets, so if the police come, they can snatch it up in a bundle and run away. I walked away from this market the proud owner of a brand new fake Rolex. I negotiated the guy down from 60 euros to 30 euros. Andrew criticized my negotiating skills, saying that I should have demanded the shirt off the vendor's back and one half of his cardboard box. 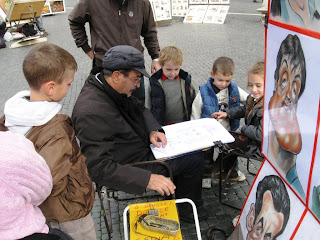 This was probably one of the cutest things I've seen in a long time. A bunch of Italian kids were competing, gesturing, and arguing (in a friendly way) about who could get their characture drawn. They all huddled around the gruff old artist to watch him draw pictures of the other kids. They were all so excited and fascinated it was great. An aside: I think one of the funniest things to hear is kids complaining in different languages. It always sounds exactly the same, but with different words. 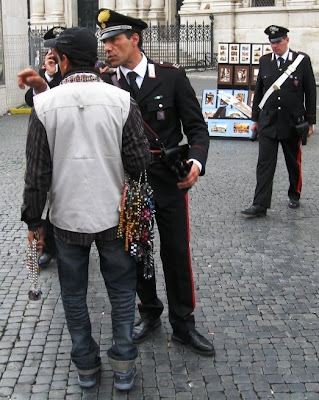 The police and a street vendor selling crappy jewelry have a "disagreement" as stern looking reinforcements approach. There were lots of police in Rome...probably about as many as in Belfast. I wonder if they were expecting trouble from our visit. It was just a few days before the U.S. election, but I find it hard to believe that was the reason... 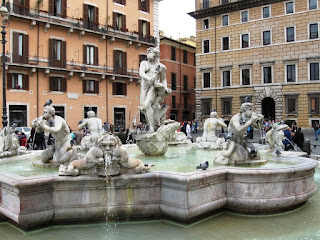 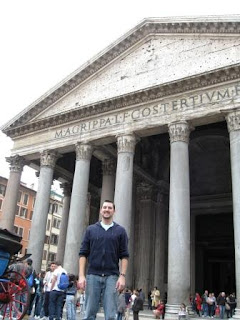 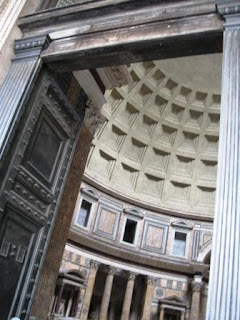 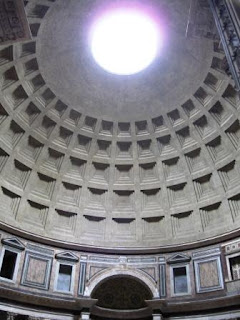 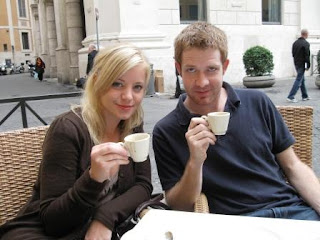 Andrew is an espresso impostor. I'm pretty sure sure that the only beverages he'll consume are Coke, Mountain Dew and Kool-aid. 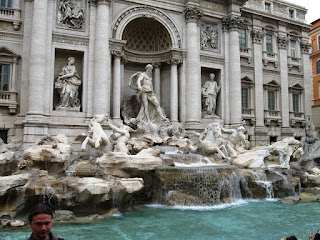 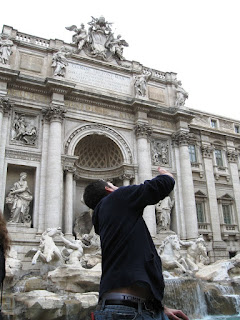 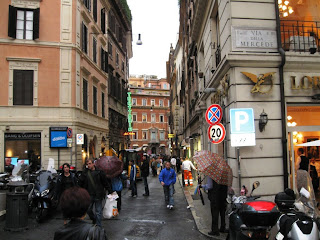 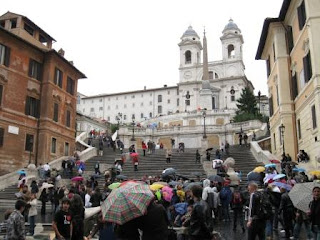 As you can see, it was raining quite a bit on day 2, so after hitting some sites, we headed indoors to celebrate Halloween. The only authentic Halloween celebration I saw was in our hostel's bar...the decorations and costumes were mildly impressive...noting to write home about. But the free candy and drink specials were appreciated.
Posted by Chapmaster at 4:34 PM

I think I left my screen door open, but since you can't even close that, I guess this post is worthless.

Looks like you're playing three card monte...I thought you'd learned your lesson, or are you just that..."challenged"?